Menu
Going out for dinner

Restaurants are open. Ordering and delivery is also possible. Then click here. There are measures in place concerning the Corona virus (COVID-19). Read more

For every moment of the day!

In the cosy park centre of Holiday Park De Krim there are several restaurants to choose from. Perfect for any time of the day and open to non-guests too. How about a nice cup of coffee with Texel cake, ice cream or à la carte lunch or dinner? Of course, children run straight to the indoor kid's play paradise, which is directly adjacent to 't Paviljoen.

Below you can read more about the different restaurants on the holiday park and the options they offer. Whether you want to order a breakfast box, an extensive diner or a nice easy meal... we have thought of everything! And take a look at the special dining experiences that are offered in the restaurants, such as Le Petit Chef or Het Juttersmaal!

Have a fondue Bourguignonne at your accommodation

Prefer having a fondue Bourguignonne at your bungalow or chalet? No problem! All you have to do is collect a fondue set and food pack containing a selection of meats, sauces, herb butter and baguette.

Fancy a tasty pizza? You can order it online here and then pick it up at the Events Hall. Prefer crispy fries or snacks? Then make your choice from the De Cocksboot take-away range here.

Order your dishes in advance online

This is the place to be at Vakantiepark De Krim. Around midday, delicious lunch dishes are being served. Sit back and have a relaxing drink while the kids have fun in the kids play paradise or climbing park. Don't feel like cooking? Take a seat and have something to eat, for example, in the atmospheric theatre or outside on the terrace.

In the high season, you also have a wide choice of delicious dishes in our attractive restaurant De Waddenhoeve. This restaurant's speciality is the Juttersmaal (Beachcombers' dish). The restaurant oozes the charm of a magnificent farmhouse where you feel instantly at home. You can also choose a table on the terrace.

Fancy a quick bite to eat? All ‘aboard’ De Cocksboot! Set up like a seagoing ship, this snack restaurant really appeals to the imagination. Some of the dishes on the menu: crispy fries, chicken nuggets, portion of satay, croquette roll and, of course, kids’ menus with a surprise.

You can also pick up at De Cocksboot:
- Fries & Snacks
- Pizza

There are cafés and then there’s Paal 0 … Surrounded by a colourful collection of beach finds, you can really soak up the island vibe at Beachcomber Café Paal 0. Fancy a night out at a pub? This unique café is a real must-visit!

This location is temporarily closed.

Breakfast is perhaps the most important meal of the day. This is where the engine starts to run. During the vacations breakfast is often more extensive and many people take more time for this meal than at home. Be surprised with our well-stocked breakfast box. This will be delivered to your chalet, villa or bungalow between 8.00 and 9.00 hours. For our camping guests the box is ready from 9.00 am in the Pavilion. Start your day well and order your breakfast box here.

Would you like to dine in a different way? Then enjoy Le Petit Chef in Restaurant 't Paviljoen. During this 3D dinner, the dishes are not simply served at the table, but prepared for you in a spectacular way on the table (animation). Guaranteed a success with young and old! Price: € 39,50 p.p.. Children up to 10 years 50% discount.

You can enjoy a Juttersmaal for € 21.50 per person, children up to 12 years € 10.50. In the high season on Wednesday to Sunday in Restaurant De Waddenhoeve.

It’s December 1843. A heavy storm rages across the island. Just off the shore, near Paal 29, the crew of the Ter Goeder Trouw loses its battle against the sea and wind. The ship sinks right outside the safe harbour. The ship’s cargo, including spices from the Far East, which were to be traded in the Netherlands after a long journey, form an interesting booty for Texel beachcombers.
Back then, beachcombing was already officially prohibited and beachcombers would hide in the dunes, waiting for cargo to wash ashore. One day, it would be barrels of pepper and cloves; another day, curry. They used these spices straight away. Combined with gravy and a little (rain)water, they formed a tasty stock in which the beachcombers would cook their meat, fish and vegetables. This is how Texel discovered the many possibilities of different spices from quite early on. The beachcombers prepared their food in special rounded pans: beachcomber’s pans. Thanks to their rounded shape, the fire the beachcombers would cook their food on couldn’t be spotted from a distance. Today's beachcomber meal is prepared on a special flat stone. The full flavor of the fresh fish, vegetables and meat is preserved thanks to searing the food directly on the hot stone.

Read more about the origin of the Juttersmaal

We care for Texel

De Krim regularly shares knowledge with and gives financial support and resources to charities on Texel. For example, we have an arrangement with the Texel food bank where we donate food that can no longer be used at our restaurants. Care for our environment: that’s 'Love for Texel' . 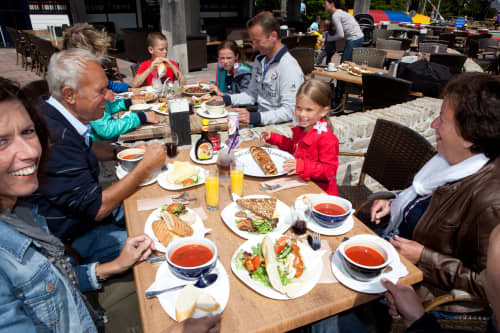 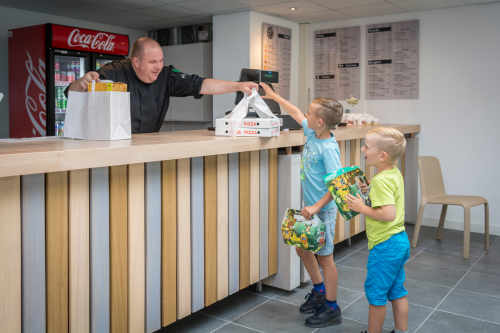 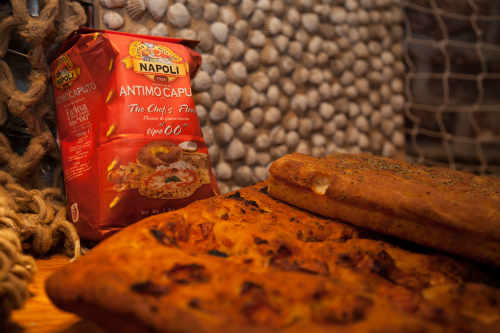 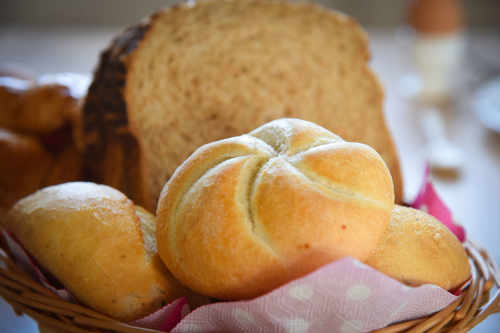 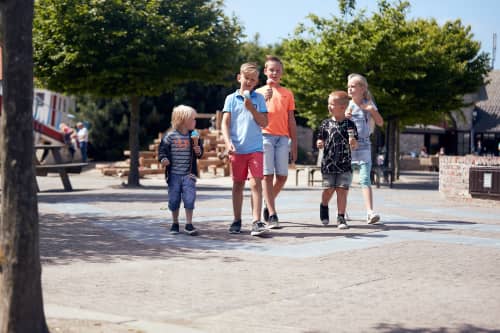 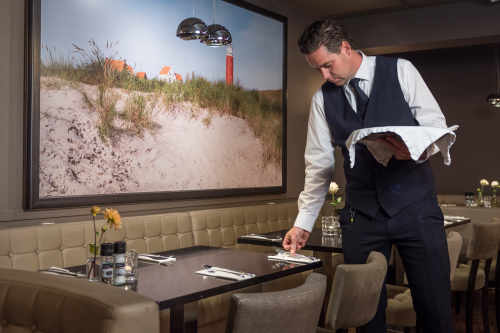 Reserve your lunch or dinner here